The first phase of infrastructure started in Oct 2009. Initially Kelly Group was supporting Serco, then Cubic and more recently directly working for Transport for London as a Tier 1 contractor.

London Zones 1, 2 and 3 were the first to benefit from the London Cycle Hire scheme. Islington and the City were the first locations to have new docking stations installed with further sites rolling out to Wandsworth. There are now talks about extending the scheme as far out to Greenwich.

The London Cycle Hire scheme was commonly known as the “Boris Bikes” project as it was under the current UK Prime Minister Boris Johnston’s London Mayoral Term that that the scheme was officially launched on 30th July 2010. The current nickname is ‘Sadiq’s Cycles’, after the current Mayor Sadiq Khan.

In 2009 Kelly Group started the project with 10 teams - the original scope of works included:

Fast forward to 2021 and the current scope includes:

Initially the scheme was sponsored by Barclay’s Bank, before the Feb 2015 announcement that Santander would take over the sponsorship. The following year the iconic blue bikes became red with Kelly Group executing the livery swap over on 10,000 + bikes including terminals at every location.

More than 800 docking station locations have been constructed and installed by Kelly Group across the whole network with 23,000 docking stations and motors being replaced since the inaugural contact was awarded in 2009.

Kelly Group looks forward to the future as a partner of choice supporting the TFL London Cycle Hire scheme. 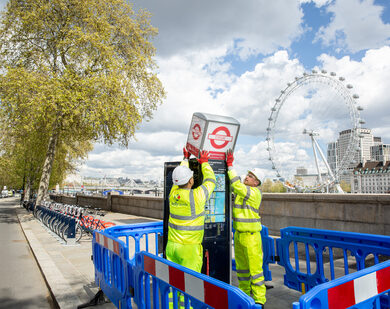 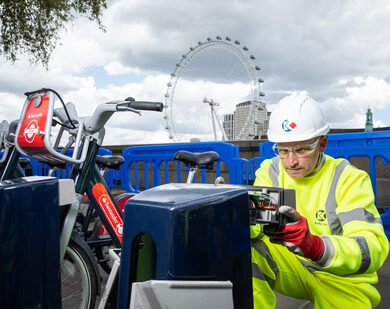 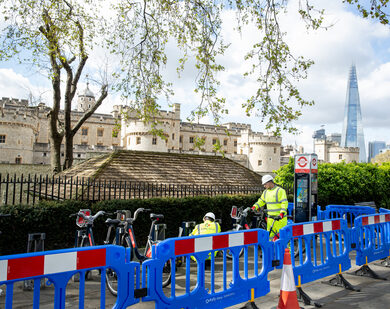 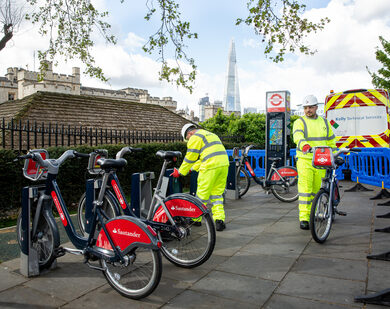 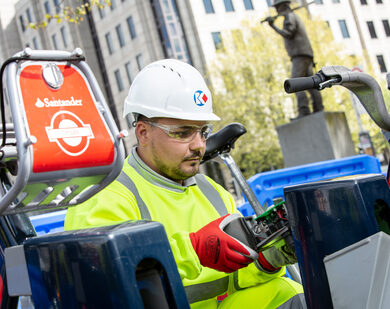 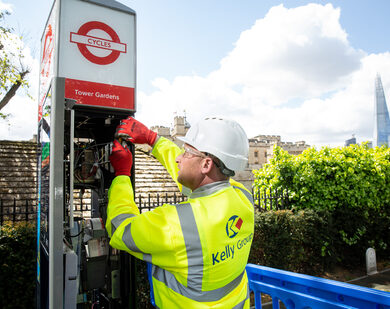